Throughout his life Rivad has shown respect for humble folks, workers, peasants, the handicapped and socially marginalized people. He has a unique eye for the human existential condition.

He has done series from e.g. a home for alcoholics, patients at a hospital, depicting what it means to get old, industrial workers and peasants in many of the countries he has visited. It all probably reflects back on Rivad’s own modest economic circumstances during childhood and youth.

In 1975 he created a series of photos at Denmark’s then largest shipbuilding company, B & W – Burmeister & Wain at Teglholmen in Copenhagen. Also in 1975 he went to the German Auschwitz concentration camp and did a series from there. 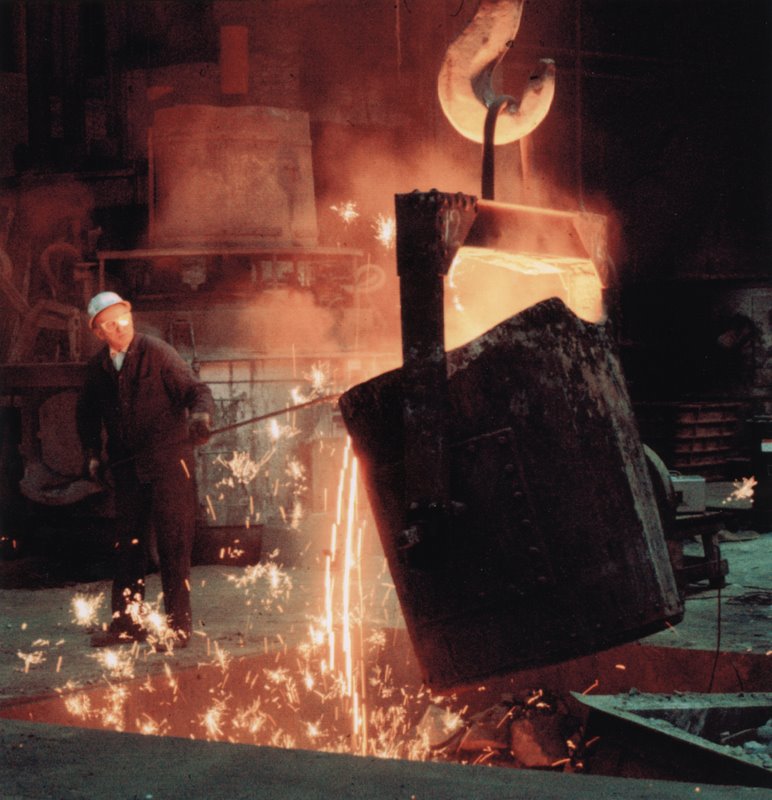 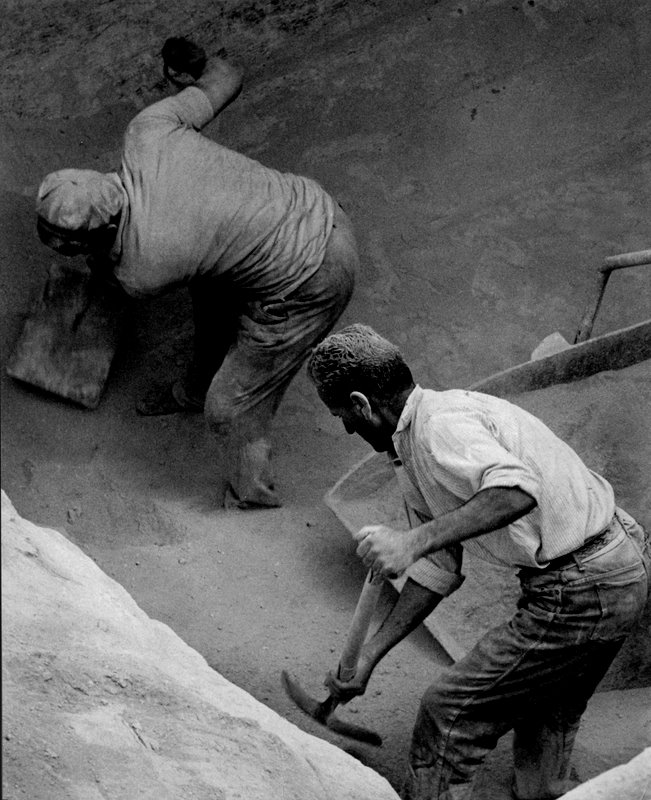 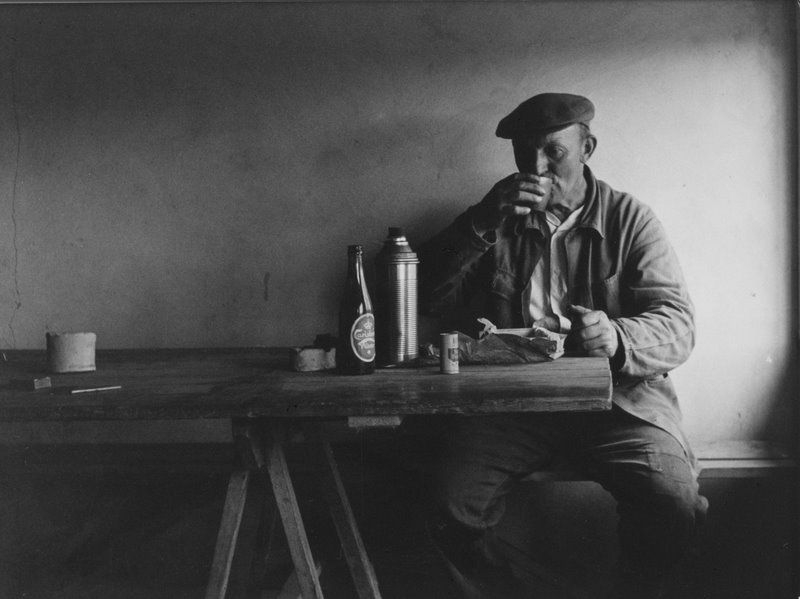 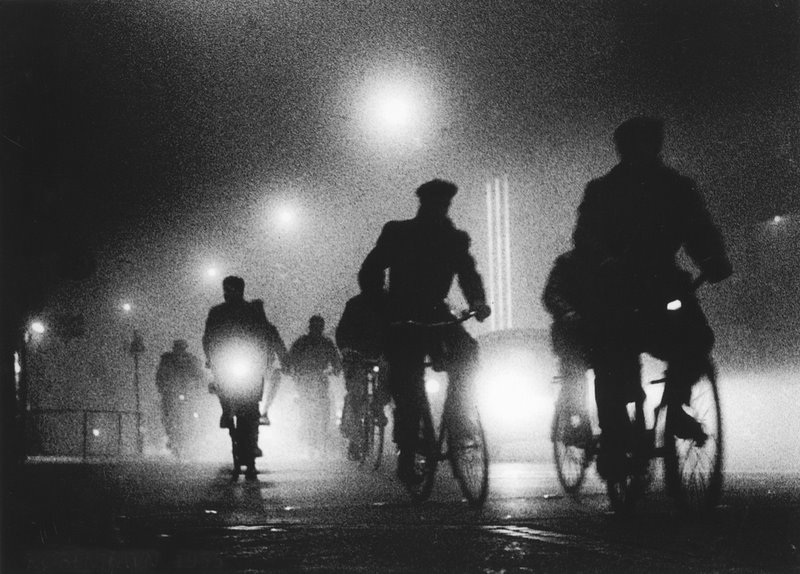 Bicycling to work, Copenhagen in the 1950s © Viggo Rivad